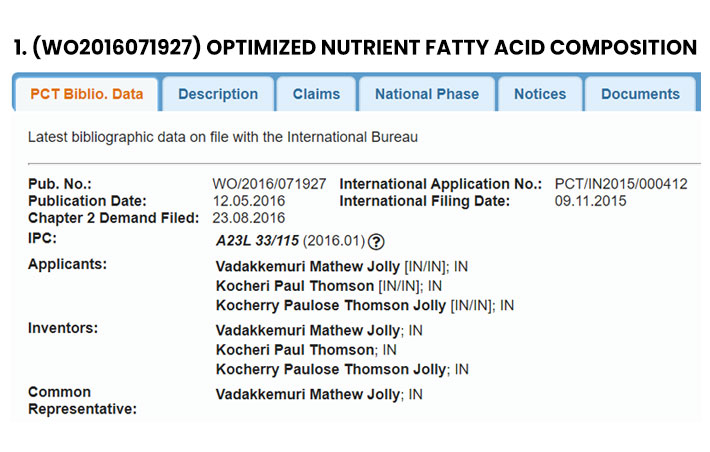 Scientific studies show a clear relationship between diet, genetics and health. Many studies suggest that human beings evolved on a diet with a ratio of omega 3 to omega 6 essential fatty acids (EFA) of approximately 1:1. In the modern diet, the ratio has changed drastically. Modern diets are deficient in omega-3 fatty acids, and have excessive amounts of omega-6 fatty acids compared with the diet on which humans evolved and their genetic patterns were established.

It is needed to know the importance of a crucial component in our body composition for this. The opposing effects of omega-3 and omega-6 fatty acids on human health are due to three molecular mechanisms: 1) they compete for the same set of enzymes to produce signalling molecules that have opposing physiological functions. While omega-3 derived signalling molecules are anti-inflammatory, omega-6 derived are pro inflammatory; 2) they compete for direct transcription factors binding to modulate the expression of different sets of target genes; and 3) they compete to incorporate into cell membranes, directly impacting the function of the cell.

Most of the cooking oils, fats in different forms currently available are having a high content of omega 6 fat and almost no omega 3 fat. Most of the nuts/ oil seeds like cashews, peanuts, badam, pista, sunflower seed, cotton seed etc. have a high omega 6 fat content and no omega 3 fat. Small amount of omega 3 linolenic acid in the cereals and pulses are usually lost during processing and in effect omega 6 content is very high and omega 3 content is almost nil or very low. When the omega 6 linoleic is in high concentration even the available little amount of omega 3 linolenic acid will not be converted to active derivatives of omega 3 due to competition for the enzyme from omega 6 linoleic acid.

It is ideal to have a diet with omega 3 and 6 fats in 1:1 ratio and it is the solution that the body asks for overcoming many health problems. There is no such food/ oil available in nature. Omega 3 fat has 3 or more unsaturated double bonds and omega 6 fat has 2 or more double bonds and are highly unstable and prone to oxidative damage in the shelf and after absorption into the body. The polyunsaturated fatty acid (PUFA)omega 3 and 6 and its metabolites with higher level of unsaturation called long chain polyunsaturated fat(LCPUFA) if taken without sufficient antioxidants to protect its double bonds can lead to oxidative cell damage. The high intake of PUFA without proportionally high quantity of antioxidant is detrimental to health due to possible oxidative damage to cell membranes.

Search for a practical solution to correct omega 3 and 6 fats in cooking /cosmetic oil which can resist oxidative damage in the shelf and inside the body lead to the development of optimized nutrient oil. The patent application was submitted in India in 2014 november and to WIPO (world intellectual property office) in 2015, published in 2016 as WO2016071927 A3 After receiving the international search report and preliminary examination report on patentability national entry application was submitted in 121 countries in 2017 covering all the major countries around the globe.