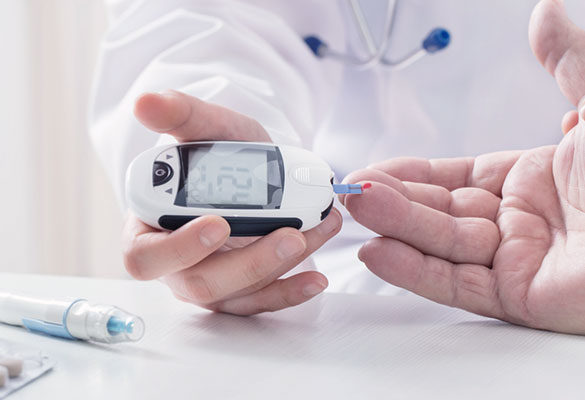 Around 10% of the adult population worldwide suffer from diabetes. Diabetes at least doubles a person’s risk of early death. Average medical expenditures among people with diabetes are about 3 times higher. Serious long-term complications include cardiovascular disease, stroke, chronic kidney disease, foot ulcers, and damage to the eyes. In cell activation treatment for diabetes insulin and other hypoglycemic drugs are stopped on the first day itself, mainly to prevent hypoglycemic attack. Low carbohydrate optimized nutrient food and oxyflex cell stimulation in cell activation will normalise the blood sugar in type 2 diabetes and gestational diabetes within 2-3 days. In type 1 diabetes whether the blood sugar can be controlled with cell activation alone depends on the level of destruction of pancreatic insulin producing cells. In patients suffering from diabetic neuropathy, nephropathy, retinopathy, cardiovascular damage, foot ulcers etc, the progress of such complication can be arrested once the blood sugar is under control and to some extent, the damage can even be reversed. Above all these benefits for diabetes, with cell activation your elevated blood lipids, uric acid, fatty liver etc if any, will get corrected with optimization of body composition, which is the final goal of cell activation.